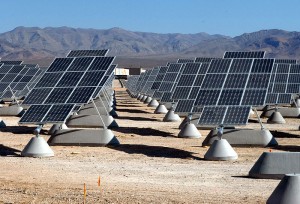 Senate Bill 1626 went through the legislature in Texas with hardly any complaint and much rejoicing from solar energy advocates in Texas. The bill closed one of the oldest loopholes in Texas law that permitted neighborhood and condominium associations to block the installation of solar panels on homes. While this is good news for solar power fans, there is a chance that the closing of this loophole may have a much broader impact. The win for environmentalists and alternative energy advocates may wind up depressing home values and increasing frivolous lawsuits. As the law passes into effect, the landscape in Texas is going to change in many different ways.

What the loophole allowed

While Texas law does limit what a neighborhood or condominium association can prohibit in their neighborhoods, there has been one loophole that has always allowed a way around the limits. The loophole allowed the developer to maintain semi control on the neighborhood structures by placing them into an unending determination of still being “under development.”  As such, no changes – such as the addition of solar panel systems to roofs- could be added without the developer’s permission. This has allowed associations to effectively ban solar power for fear it would destroy the visual appeal of their neighborhoods. While this may seem an old fashioned view, it does hold some modern power when you begin to consider the role housing prices play in the overall state economy.

With the loophole officially closed more Texan households can avail themselves of solar power, and the state incentives to install solar power systems. This could help relieve the stress on the infrastructure that has led to wide scale brownouts and blackouts in many regions. Solar power has long been encouraged with tax benefits from federal and state sources. In an area which is prime for solar energy collection, it only makes sense that it would be encouraged and not prohibited. It would appear to be a win-win situation for all involved (except appearance obsessed associations) except for one small fact.

Current Texas law limits the ability of associations to prohibit changes to structures and land within their agreed association areas. The loophole which declared associated areas under perpetual development was used not only to prevent installation of solar panels, but also the addition of some other structures and changes that could be deemed questionable at best. Without the presence of this loophole associations lose much of their power in being agents working to guarantee stable home values. This could lead to a deflation in property values in key areas in parts of Texas, and an increase in property disputes.

What you choose to do in your home is one thing, outside it is another

From cases that range from large statues being installed on lawns that extend a middle finger in full view of the living room windows of the house next door to homeowners constructing windmills to provide energy and threaten the safety of properties nearby – the loophole has been used to prevent cases from burdening the court. While it is accepted that what you do within your home is within your own province, what you are allowed to do on the property of your home has just become unregulated. Expect to see more cases and charges about disturbing the peace, public endangerment and trespassing to rise as the new law takes effect. It may be years before amendments are created to fill the gaps that were once broadly covered by the perpetual development loopholes.